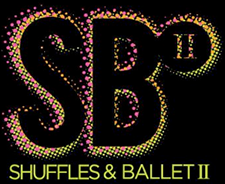 Jana has taught dance in the central Arkansas area for over 40 years and has been the owner and director of Shuffles for thirty-five of those years. In addition to being committed to offering the highest quality of instruction and the opportunity to experience all forms of dance, she has enjoyed performing in many Arkansas Rep productions, including Sweet Charity, Guys and Dolls, Chicago, Good Woman of Setzuan, A Soldiers Tale, Evita and Into The Woods. Jana attended U of A at Fayetteville as a dance major, and while at the U of A at Little Rock she performed in the productions Cabaret and Pippin and was an instructor in the Theatre and Dance Department. She has served for many years as director and choreographer for the Arkansas Bar and Pulaski County Bar Association's biannual spoof The Gridiron and worked along side Maestro David Itkin as the stage director for the Arkansas Symphony Orchestra's Christmas Spectacular. She has been heavily involved with Ballet Arkansas and has been one of the Nutcracker choreographers for the last five years. Most recently she was honored with the 2015 Arkansas Arts Council’s Lifetime Achievement Award in the Arts.

Allison grew up dancing right here at Shuffles and Ballet II. It was that training that allowed her to perform professionally for the last 10 years. She attended Butler University receiving her BFA in Dance Performance. Allison performed with the The Radio City Christmas Spectacular for 3 years and was part of the original Moscow cast of the Broadway show 42nd Street. She has trained at Anne Reinking’s Broadway Theatre Project as well as American Ballet Theatre and the Joffrey Ballet. Other favorite shows are Guys and Dolls, Carnival (Papermill Playhouse) and All Night Strut (Marriott Lincolnshire). Allison loves being able to perform locally at the Arkansas Repertory Theatre. Her favorite shows are Evita (Tango), A Chorus Line (Kristine), Anything Goes, Gypsy ,Chicago(Hunyak) She recently played the role of Sheila in A Chorus Line at Argenta Community Theatre where she was awarded Dancer of The Decade by Broadway World for her performance. She will be the choreographer in their upcoming produciton of Pippin. Allison is excited to be home from traveling the world aboard Holland America Cruise Line, where she was the Dance Captain. Allison is delighted to be back at Shuffles teaching her love and passion.

Leslie Dodge began her dance training at a young age in Indianapolis, Indiana. Before focusing on ballet, she studied jazz, tap, and various modern techniques, and won many awards at various national dance workshops and competitions. After a year of professional experience as a company dancer in Gregory Hancock Dance Theatre, Leslie attended Butler University and graduated with high honors with a Bachelor's in Dance Pedagogy in 2010. For Butler Ballet, Leslie performed in The Nutcracker, Coppelia, Cinderella, and Antony Tudor's Dark Elegies, as well as in original works by Susan McGuire and Cynthia Pratt. In 2010, she had the honor of dancing the role of Odette in Swan Lake under the direction of Tong Wang. While at Butler, Leslie also taught dance and movement classes for the Butler Community Arts School throughout the Indianapolis area with a curriculum inspired by the National Dance Institute. As part of Ballet Arkansas, Leslie has performed in many works, including the The Nutcracker's Sugar Plum Fairy, as well as both Odile and Odette in excerpts of Swan Lake. Leslie has been featured in Tom Rudd's Mobile, Peter Zweifel's Visions From Within, Darrell Grand-Moultrie's Moultrie's Spring, and Kiyon Gaines' Bolero as well as Gerald Arpino's Birthday Variations. She has worked with such choreographers as Melody Mennite, Leslie Schickel, Sayoko Knode, and Greg Sample. In 2014, she was honored to participate in the Chop Shop Dance Festival in Bellevue, WA in an excerpt of Shayla Bott's Instantly Interruptible, and also performed in the St. Louis Spring into Dance festival. Most recently she danced the lead role in Raymonda and as the pink girl in George Balanchine’s Who Cares? Leslie also acts as rehearsal assistant for Ballet Arkansas as well as instructing at the Ballet Arkansas Summer Intensive. Leslie is also the director for the Pre-Professional Ballet Program at Shuffles and Ballet II.

Lauren McCarty Horak, a native Arkansan, is very excited to be in her seventh season with Ballet Arkansas. Lauren received her early dance training at Shuffles and Ballet II, where she currently teaches, and graduated with honors from Butler University in 2006 with a Bachelor of Fine Arts degree in Dance Performance. Lauren has performed with Chicago’s Theatre at the Center in their production of CATS (Victoria), as well as with Arkansas Repertory Theatre in their production of Hello Dolly! She has also performed in Sawnee Ballet Theatre’s (Atlanta, GA) production of Les Sylphides. During her time with Ballet Arkansas, Lauren has danced the roles of Clara, the Snow Queen, the Spanish and Mirliton lead, and the Doll in The Nutcracker as well as Kitri in the Don Quixote pas de deux. She has also performed in Michael Bearden’s Simpatico and Raymonda, Kiyon Gaines’ Bolero, Gerald Arpino’s Birthday Variations, Tomm Rudd’s Mobile, as well as other works by Shayla Bott, Melody Mennite, Arleen Sugano, Ron de Jesus, Peter Zweifel, Kiesha Lalama-White and Hilary Wolfley. Lauren also had the opportunity to perform Darrell Grand Moultrie’s Moultrie’s Spring, in the Spring to Dance Festival in Saint Louis, Missouri in May of 2014.

Hope Wenneker, a Little Rock native, began her training at Shuffles and Ballet II.  She studied multiple dance forms throughout her time there.  Inspired by her teachers, including Karina Sturdevant Levy, she was encouraged to pursue Modern Dance Performance at the University of Oklahoma where she received her BFA in Dance in 2012.  During her college career, Hope had the opportunity to perform with Weitzenhoffer School of Musical Theatre and Contemporary Dance Oklahoma (CDO) under the direction of Austin Hartel and Derrick Minter.  She was honored to take the stage in A Chorus Line (Lois,) Voices From The Sea, and Battlefield choreographed by Robert Battle, her most memorable moment with CDO.  In 2010 her first dance composition was supported by the competitive UROP grant.  Upon graduation and after marrying her high school sweetheart, Hope returned to Arkansas and was thrilled to join the faculty at Shuffles and Ballet II.  Aiding in the artistic development of her students and sharing the passion she has for the art form brings her great joy.

Micah Newell is currently attending Philander Smith College on a full scholarship majoring in psychology. Micah has trained in ballet, tap, jazz, and modern dance at Shuffles and Ballet II since she was three years old. In addition to being a choreographer, she teaches Hip Hop classes at Shuffles and has taught adult dance workshops. Micah was most recently seen in the “smash hit” MEMPHIS at Argenta Community Theatre.

Donna has loved dance all her life. She grew up dancing at the Little Rock Boys Club under the direction of Lou Ann Tisdale and continued teaching and then directing the dance program there while in college. At Shuffles, she has been involved in many areas of the school including teaching, costuming, receptionist, and production for the past 22 years. She has had the pleasure of costuming for Ballet Arkansas and the Arkansas Symphony. She has received the most pleasure from watching young dancers grow into disciplined and confident young adults.

Deede Phelps began her dance career at age 2 1/2 under the direction of Lou Ann Tisdale (her aunt) at Dorothy Donaldson’s Studio and the Little Rock Boys’ Club.  She has been teaching/choreographing in the Little Rock/North Little Rock area 25 years working predominately with adults (tap), and has experience working with small children (ballet and tap) and teens (Irish dancing).

For stage work, she has participated in the Ballet Arkansas’ Nutcracker, since 2009.  She is a former Farkleberry Follies 12 year veteran and has participated in The Gridiron in 2008, 2010, 2014 and will be excited to be a part of the 2016 100th anniversary of The Gridiron.  Deede has also been at the Jim Dailey Fitness Center for the past 8 years as an aerobic/body toning/weights instructor in their Seniorsize program.

Maddie Arancibia grew up dancing and continued through college. She was on Gordo High School Color Guard and Hillcrest High School Dance Team where her love for dance and color guard grew. Maddie went on to graduate from the University of Alabama with a Bachelor of Arts in Dance and a minor in Theatre. She has performed with the Alabama Repertory Dance Theatre, Yonder Contemporary Dance Company, Alta Marea Winter Guard, Million Dollar Band Color Guard, and Civic Ballet. Maddie has also danced with BalletMet Summer Intensive, American Ballet Theatre Summer Intensive, and Nashville Ballet Summer Intensive.